What do u use to animate this

The animation is amazing! I absolutely love this.

Reminds me a lot of Hunger Games

Just can't wait until this episode becomes a whole series..... Who else can't???

I cry when the sister was on Patrol

At first I was just like "Oh man, theres no need to call that one a brat, they're just being precocious" but then a few minutes I was tell the characters to just up and kill her, I mean, they totally could, she's like half their size XD

I loved this, and I really want more :> I love the music and the character designs Its all so amazing!

sdfghjkl this is SO CUTE kade is adorable

The starting I noticed that you were playing the song mr. Blue you probably like that song

This is really good and thought through! I love the art, worldbuidling and the characters. I can see there was a lot of planning that went into this (even if you wrote this 3 years ago LOL). The world building and the characters are strong. There isn't much more of me to say about the worldbuilding because I have so many questions! That's a good thing because you didn't cram all of the world's information into one episode and I can see that I will learn more about this fantasy world as this continues. There are multiple characters in this episode but seeing how this episode turn out, the amount of characters won't be overwhelming (at least for me it won't be) I love how the personalities of the characters are different but not too different. They're really thought out. Because of all these thought through elements, i can see this is a big project and a lot of good plot/storytelling. This is really good! I can't wait to see more! Also you're underrated! Where are all of your subscribers?? Based on this episode, you should have more. But you're getting one today~ Keep up the good work!! I have no idea who you are but I love [Insert Title name that I forgot]

I am upset that I am just now finding this but I am thankful that I found it regardless! It was really cute and a nice story and great art and animation and everything! Awesome stuff :D

hey uh someone accidentally clicked the dislike button because this is SO FIGGEN AMAZING omg :]

I love Kade so much

Great video, where do I Patreon/

I've seen a few clips of owl house season 2, and can I just say that Chance reminds me of the Golden Guard? Both character seem like villains at first glance, but then you aren't sure if they're villains or highly suspicious protagonists.

I love how their all almost natural fur colors

The messenger is soo small though He so cute 8:10

I love this so much! Keep up the good work

Bro just by watching the first episode I can tell this series is amazing! Your animating skills, your art style, your characters, the plot, everything about this is amazing!!

I was just thinking, “when?” Then realized there was a time stamp in here

I loved the animation and the backgrounds, everything is fantastic, specialy the dub, the dub is almost perfect! Are They profisonal or something? This voices with this animation really give the characters life

This is REALLY good btw

My name is Summer what a coincidence!!

I love this! I hope this becomes a full series This is absolutely amazing, I love your art style

MORE PLEASE I REALLY WANT TO MATCH MORE OF THIS

Don’t hurt the tiny one

Wooow, I wonder why people are joining the rebellion 🤔🙄

Are u going to make part two soon?

This is an amazing animatic! Love your art style! The background and landscaping is beautiful and so detailed!

The first scene, that house... Is it based off of minecraft?

I love how you developed the story!

I just randomly found this series and I have got to say, the writing and animation is really good!! Great work, excited for episode 2!!

the drawings are sooo goodd

Fun fact: this probably isn't the first time you've watched this ITS AMAZING I WISH I HAD GOOD ANIMATING TALENT PLZ GIVE US A ANIMATING TUTORIAL

This is absolutely amazing! From the backgrounds to animations to the voice acting this is next to perfect! I can't wait to see episode 2! 💜💜

The character designs are so cute 😭😩🤚✨

When I heard the intro: *Baby Groot vibes*

I smell an underrated animator

I'm so excited for episode 2! This is such an interesting arc, and I cant wait to see more!

Are these cats? I’m completely new to this series and I just found the first episode. I really like it but I’m not sure what it’s about. Could anyone direct me to some information about this story?

The description has a plot, and they are canines/dogs!

This episode is incredibly inspiring! This form of art along with the breathtaking background is amazing, and I can’t wait for more!

THIS ABSOLUTELY INCREDIBLE. LIKE- IM COMPLETELY BLOWN AWAY BY HOW AMAZING THIS IS. Not only is the animation smooth and the character designs super well made, but the storyline right off the bat is something that’s super easy to get really interested in! I’m super glad I found this, and can’t wait to see how it continues!

I like how funny it is when they find th e messenger and tease him and stuff 8:45

I admire your animation pretty cool 😎 I support you

Am I the only one to think that the black dog looked like, I think, Cass from Tangled the series?

Are they cats or dogs!?

OMG YOURE SO UNDERRATED THIS IS SO FUNNY AND PRETTY! I LOVE LOOKING AT IT!

I love your art style! It’s so beautiful!

"Can you take us to ur base? i wanna talk to your leader" "Why? do you wanna speak with him" XD yes he just said that

I love this awesome series so cute this should be kid show on tv or other ages!

i cant believe i only found this now but the aesthetic, the colors, the characters, the complete atmosphere and talent/style from this is absolutely amazing I cant even describe

Omg I love it I wish I had that skill

Chance really reminds me of Hawks from Bnha.

Did you draw these backrounds yourself?

Amazing work you did with others must have been tough but i loved every second of it!

i found this in my recommendations and i only clicked to see what it is, now im hooked and i absolutely love this

It's really good!! (I'm French so I don't understand everything but it's cool !!)

I love how it feels like an actual movie and aaaaa I love the animation. The story is great and got me hooked right away. Cant wait to see Ep. 2!

I wish I already watched this the first time I saw it on my recommendation... This is so cool!

I'm not even 10 seconds in and this is amazing.

Axel is my child

I think Roselina (however you spell it) will join the rebels to get revenge for them taking her sister This was super random, but uh... deal with it

WAIT HOLY SHIT YOU DID THIS BY YOURSELF???? BRO WTF THIS AMAZING!! _Honestly if you want to continue this in full animation your going to need some more people. Unless your ok with it taking 16 years to get finish_

This was so good! Can’t wait to see the next one!

I forgot this was a video when the intro started

Ok, so I'm so happy I came across this. Your art style and animation skill is off the charts. As soon as the intro played I was already in awe. The characters are so well written! The world and story is spot-on! you are truly talented! You had be crying at the end there, and that means I'm already attached to the characters! Another thing, the voice acting was so good, every single one of the voice actor did phenomenal! This was an amazing first start! *can't stop rewatching* ~have a great day/night!! 🙌👏

THIS IS SO COOL I NEED MORE EPISODES

I PUT OFF WATCHING THIS FOR MONTHS WHY DID I THIS IS AN AMAZING AMOUNT OF EFFORT DAAANGG YOU MADE A WHOLE CARTOON I COULD NEVER Kade, Rosalina, and Chance are my favorite of these characters :D Do you have a patreon?

This animation was so smooth and the episode was very entertaining and enjoyable. I especially liked the characters! I can’t wait for more episodes! ❤️

So how long does it take to make the full thing ?

I can't when they were talking to the messenger I screamed: "Dont hurt the babyman please"

There are manyyy things I could critique about this video, the voice acting is horrendous, the story and the script aren't much better at all, animation isn't all that bad.. But this isn't a bad start! Trust me, I've seen way worse. For just one inexperienced animator in charge of the whole thing and a few inexperienced voice actors, this is a somewhat decent film! Before you say: " You're just an inexperienced idiot, we don't care about your opinion!" I am infact a professional artist / Writer. I have made 3 comics and 1 book in the past.

If it makes you feel any better, the character Nyx is supposed to get a different voice actress (hopefully someone less dull). 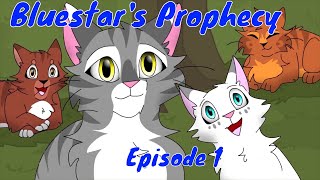 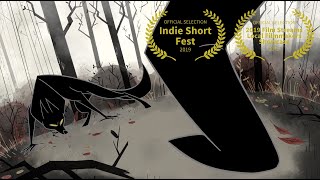 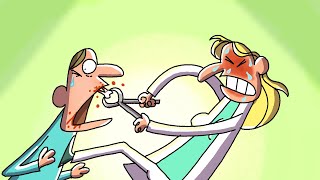 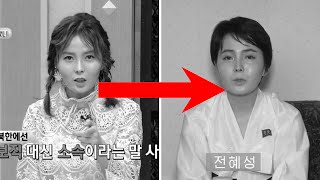 My Pride: Episode One